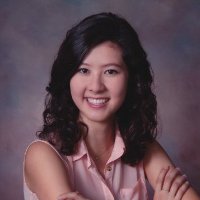 Junior computer science major Kaylee Llewellyn was recognized on March 7 with the University Award for the Advancement of Women. Llewellyn was one of four recipients for 2017 who were honored during a ceremony in the Campus Y at the University of North Carolina at Chapel Hill.

Llewellyn was selected by the university for her efforts to fight to gender imbalance in computer science and technology. According to the National Center for Women and Information Technology (NCWIT), only 22 percent of those who took AP computer science tests in 2015 were female. While retention over time is an issue, Llewellyn believes the biggest challenge is recruiting women into computer science in the first place.

As an undergraduate student, Llewellyn founded and manages the UNC Girls Who Code club, which is affiliated with the national non-profit organization Girls Who Code. The club began in Fall 2016 with weekly meetings where interested middle- and high-school students could meet with mentors from the undergraduate and graduate computer science programs at UNC. Llewellyn organized all club meetings, including scheduling outside speakers and adjusting curriculum to fit the interests of attendees.

After the first semester, the club’s popularity necessitated an expansion from one weekly meeting to three as registration tripled.

Michael Reiter, a professor in the Department of Computer Science and the club’s faculty adviser, said he was most impressed with Llewellyn’s ability to handle the club’s rapid growth.

“I don’t know how, but Kaylee has made it look easy,” Reiter said.

In addition to her work with UNC Girls Who Code, Llewellyn served as an organizer of Pearl Hacks, one of the country’s largest annual all-female hackathons. She also helped plan the UNC CS Women in Tech Week, which was held from March 27 to March 31 by the Department of Computer Science and involved a film screening of “She Started It,” a panel discussion and other initiatives to grow support for women in technology.

“Kaylee and I speak often about her seemingly endless list of ideas to promote women in technology, and the status of her plans to pursue them,” said Reiter.

“I honestly don’t know of another student or faculty member on campus who is doing as much to promote the engagement of women in technology.”

As a recipient of the prize, Llewellyn receives a $2,500 monetary award.