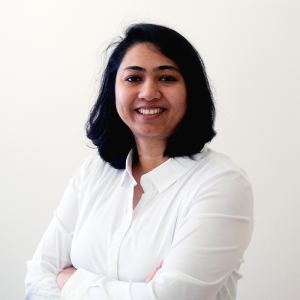 Continuous health monitoring is the future of healthcare, and wearable technology is helping to lead the charge by collecting useful baseline data between check-ups and detecting changes that are early signs of illness. Wearable devices can even help detect signs that would be missed in traditional health screenings.

Similarly, the Internet of Things (IoT) has enabled us to increase efficiency and monitor the world using always-on devices in our homes, our places of work, and even in remote areas of the world. We use IoT devices to detect pollutants in our air and water, lower our energy consumption in buildings, and act as personal assistants.

Unfortunately, the current trend in embedded and wearable systems is unsustainable. Nearly a decade ago, tech experts predicted that the world would reach 1 trillion connected devices in the coming years. If each of those trillion devices has a battery that lasts 10 years, we would need to replace nearly 274 million batteries every day.

Lithium-ion batteries are used in portable electronic devices, electric vehicles, and even in aerospace applications due to their high energy density and long discharge cycles. Only a small percentage of these batteries are recycled correctly, however, and most of the metals and other valuable materials that can be harvested from used batteries end up in landfills. It is estimated that the world will produce 2 million metric tons of used lithium batteries per year by 2030, and most of that waste will likely not be recycled. Furthermore, experts predict an impending shortage of lithium by the mid-2020s, so alternative materials and methods for storing energy and powering devices will be necessary. And those alternatives will be needed soon.

One obvious solution to the problem of batteries is to build devices without them, but the concept is much simpler than the implementation. The Embedded Intelligence (EI) Lab in the Department of Computer Science designs and programs batteryless systems that are optimized for low-power operation. These devices can power themselves by harvesting energy from changes in light or temperature, from vibrations, and even from radio-frequency (RF) microwaves. The issue with these systems, though, is that power can be sporadic. A solar powered device, for example, must be able to operate as intended through long, daily periods of darkness as well as less predictable intermittent periods of cloud cover. Lower power in a device means that processing takes longer. More compute-intensive tasks have to wait to run until sufficient power can be harvested. During periods where energy is scarce, tasks may not be able to run at all.

Undaunted by these limitations, doctoral student Bashima Islam and her advisor and EI Lab director Shahriar Nirjon have developed task scheduling frameworks to enable tasks to be run effectively on batteryless systems. Additionally, these frameworks have been optimized in order to operate within defined time constraints, making their implementation consistent and predictable.

The first scheduling algorithm, Celebi, balances the trade-off between mutually exclusive cycles of power charging and computation in batteryless systems. Because these systems are unable to charge while executing computational tasks, the time needed to complete a job is a function of both the time needed to compute each task and the time needed to harvest enough energy to power the device through the computations. Harvesting more energy than is necessary adds to the runtime. Celebi focuses on both sets of constraints to maximize efficiency by determining exactly how much energy is necessary for each task and optimizing the schedule to accommodate as many tasks as possible in a given time frame. In testing, the online version of Celebi was able to schedule between 8 and 22 percent more jobs than existing algorithms.

The second scheduling algorithm, Zygarde, focuses on the computational demand of deep neural networks (DNNs) on a microcontroller in an embedded system. Monitoring systems like security cameras, toxin detectors, and voice assistant devices are an ideal implementation of batteryless systems. Unfortunately, running video and audio recognition tasks requires a relatively large amount of energy on these devices, and getting meaningful results with unpredictable energy availability can be complicated. When given a deep learning job to execute, Zygarde simplifies the job by determining the minimum set of tasks that need to run in order to make an accurate inference. Zygarde prioritizes those tasks to ensure that the mandatory tasks will finish on time in the event of an energy shortage. After prioritizing the mandatory tasks, the optional tasks are executed to improve the accuracy of the inference as time allows. Sacrificing a small amount of processing time and accuracy can make a large difference in the runtime of a machine learning task through intermittent power.

Bashima is excited about the range of applications for her work. IBM’s project Rhino, for example, monitors a herd of impalas as an early warning for rhino poachers. Motion detectors on the impalas could be powered by kinetic energy as the animals move, and Celebi would ensure that energy harvest is sufficient to keep the sensors active. Zygarde would optimize the systems to notify the rangers as quickly as possible to a poacher threat with minimal trade-off in accuracy. The frameworks could also be useful in continuous monitoring of industrial machinery and HVAC systems, enabling preventive maintenance that minimizes unplanned downtime and costly repairs. There are numerous other applications, including methane gas monitoring in underground mines and temperature and humidity monitoring in warehouses.

Islam’s research prompted her selection to UC Berkeley’s Rising Stars Workshop 2020, a highly selective academic career workshop for women in computer science, computer engineering, and electrical engineering. In recognition of her work, Islam was named a finalist for the Gaetano Borriello Outstanding Student Award at the ACM International Joint Conference on Pervasive and Ubiquitous Computing and International Symposium on Wearable Computers (UbiComp/ISWC) 2020. More information about Islam’s research can be found at cs.unc.edu/~bashima/research.