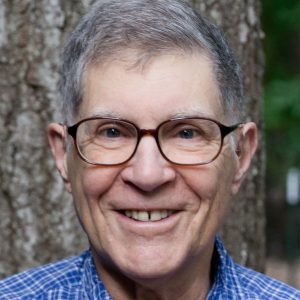 Peter Calingaert is professor emeritus of computer science at the University of North Carolina at Chapel Hill. Born in 1931, he received a B.A. from Swarthmore College in 1952 and in 1955 a Ph.D., in what is now called computer science, from Harvard University, where he was a student of Howard Aiken, one of the inventors of the computer. He remained on the faculty of the Computation Laboratory of Harvard University until 1962, doing research in switching theory. He then joined IBM Corporation to work on computer system architecture, system performance evaluation, and computer-aided instruction. In 1968 he was appointed professor of computer science at UNC-Chapel Hill, where his research focussed on communication, control, translator, and application software systems. He retired in 1995, retaining membership on the Graduate Faculty until 2000. Since retirement, he has consulted on Internet technology and electronic commerce, taught English to speakers of other languages, and led local outings and international trips for the Sierra Club.

He has served as visiting professor at the University of the Witwatersrand (in Johannesburg), as visiting scientist at the Hewlett-Packard Laboratories (in Palo Alto, CA), as interim vice-president of the Microelectronics Center of North Carolina (in Research Triangle Park), on the administrative committee of what is now the IEEE Computer Society, as editor of the Education Department ofCommunications of the ACM, and as an ACM National Lecturer. He is a Life Senior Member of the IEEE, a Fellow of the AAAS, a co-inventor of the IBM System/360, and the author of five computer books.