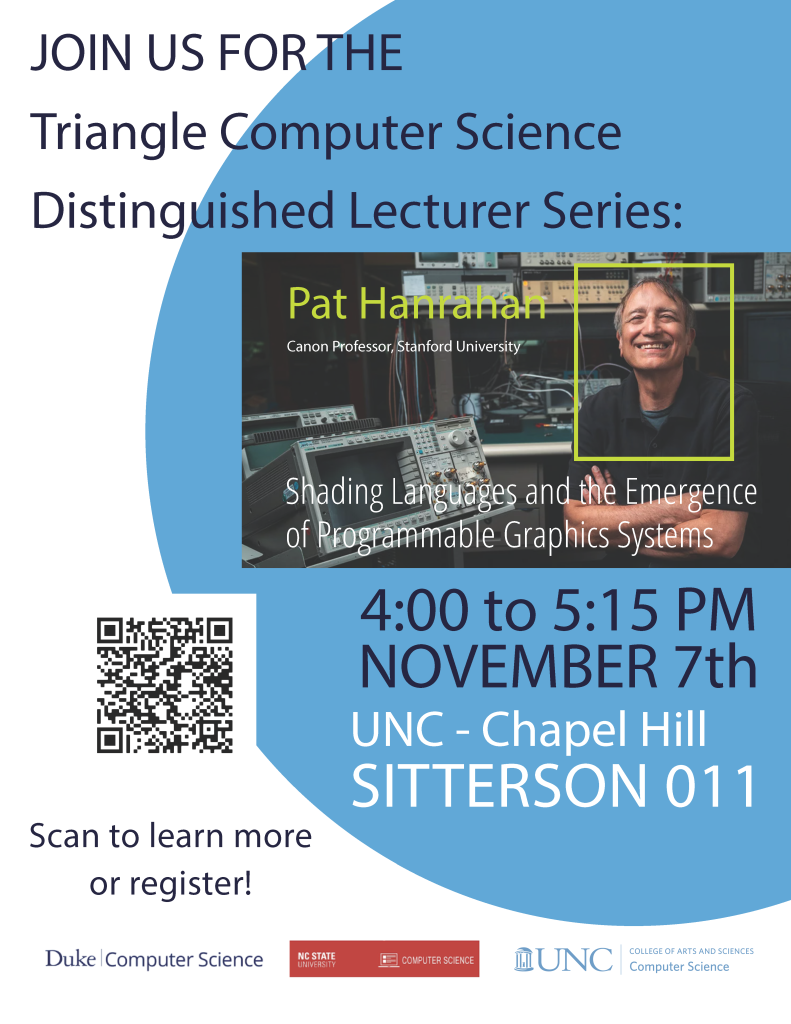 Title: Shading Languages and the Emergence of Programmable Graphics Systems

Abstract: A major challenge in using computer graphics for movies and games is to create a rendering system that can create realistic pictures of a virtual world. The system must handle the variety and complexity of the shapes, materials, and lighting that combine to create what we see every day. The images must also be free of artifacts, emulate cameras to create depth of field and motion blur, and compose seamlessly with photographs of live action.

Pixar’s RenderMan was created for this purpose, and has been widely used in feature film production. A key innovation in the system is to use a shading language to procedurally describe appearance. Shading languages were subsequently extended to run in real-time on graphics processing units (GPUs), and now shading languages are widely used in game engines. The final step was the realization that the GPU is a data-parallel computer, and the shading language could be extended into a general-purpose data-parallel programming language. This enabled a wide variety of applications in high performance computing, such as physical simulation and machine learning, to be run on GPUs. Nowadays, GPUs are the fastest computers in the world. This talk will review the history of shading languages and GPUs, and discuss the broader implications for computing.