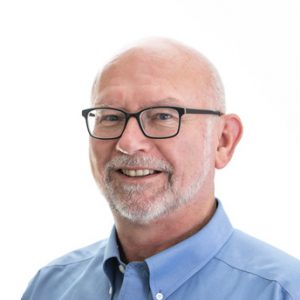 Stanley C. Ahalt is the Inaugural Dean of the UNC School of Data Science and Society (SDSS) and a Professor in the Department of Computer Science at the University of North Carolina at Chapel Hill. He also serves as Executive Adviser and Domain Scientist for Team Science at the Renaissance Computing Institute (RENCI) at UNC and as Associate Director of Informatics and Data Science (IDSci) in the North Carolina Translational and Clinical Sciences Institute (NC TraCS), UNC’s CTSA program.

He came to UNC in 2009 from Ohio, where he served as Executive Director of the Ohio Supercomputer Center (OSC) from 2003 to 2009 and as a Professor in the Department of Electrical and Computer Engineering at The Ohio State University for 22 years. Since coming to Carolina, Ahalt has developed key partnerships between RENCI and computer science and developed research partnerships involving RENCI, the UNC School of Medicine, the UNC School of Information and Library Sciences, and various research units at North Carolina State and Duke universities.

Ahalt launched several model programs at OSC, including Blue Collar Computing, a national program to bring high performance computing to a wide spectrum of industries and applications, and OSCnet, a leading high-speed research network for K-12 schools, higher education and economic development. He also served as co-chair of the Ohio Broadband Council, the coordinating body for the state’s initiative to extend the reach of the Broadband Ohio Network.

Ahalt earned his Ph.D. in electrical and computer engineering from Clemson University and has over 30 years of experience in data science, signal and image processing, and pattern recognition/ML.