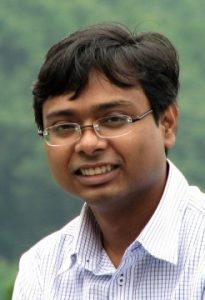 Shahriar Nirjon is an assistant professor in the Department of Computer Science at the University of North Carolina at Chapel Hill. He is interested in Embedded Intelligence – the general idea of which is to make resource-constrained real-time and embedded sensing systems capable of learning, adapting, and evolving. He enjoys developing end-to-end systems that are based upon sound theoretical principles. His recent works can be broadly categorized into two types: embedded deep learning and multi-modal sensing techniques. Applications of his research include wearables and implantables, long-term monitoring and control systems, smart home, and mobile health. Nirjon received his Ph.D. from the University of Virginia in 2014. He has won a number of awards, including three Best Paper Awards, at the Distributed Computing in Sensor Systems (DCOSS 2019), the Mobile Systems, Applications and Services (MOBISYS 2014), and the Real-Time and Embedded Technology and Applications Symposium (RTAS 2012). He has worked as a Research Scientist in the Networking and Mobility Lab at the Hewlett-Packard Labs in Palo Alto, CA (2014 – 2015), and as a Research Intern at Microsoft Research, Redmond, WA (Summer 2013) and at Deutsche Telekom Lab, Los Altos, CA (Summer 2010). Several of his works have been highlighted in the electronic and print media, including – the IEEE Spectrum, the Economist, the New Scientist, and the BBC.