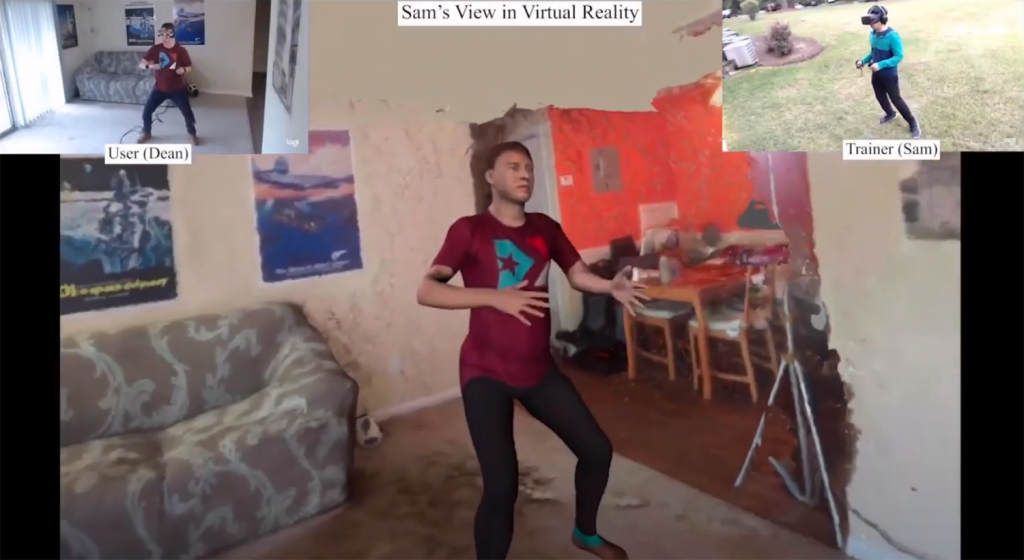 The awarded paper, titled “Mobile, Egocentric Human Body Motion Reconstruction Using Only Eyeglasses-mounted Cameras and a Few Body-worn Inertial Sensors,” presents a real-time system for dynamic 3D capture of a person using hardware conveniently worn on common items like eyeglasses, wrist watches, and shoes. The system is able to convert the captured visual and movement data into a high-fidelity 3D reconstruction of the wearer. Where high-fidelity motion capture would typically be possible only in a studio full of mounted cameras, the presented system enables motion capture anywhere. When combined with existing telepresence and virtual reality technology, such a system has applications in healthcare, education, athletics, and many other fields.

The paper was one of three at the conference to be recognized with a Best Paper award. The UNC Graphics and Virtual Reality Group, led by Fuchs, has been frequently recognized by the conference for its research in virtual and augmented reality, winning Best Paper in 2017 and 2016 in addition to 2021.