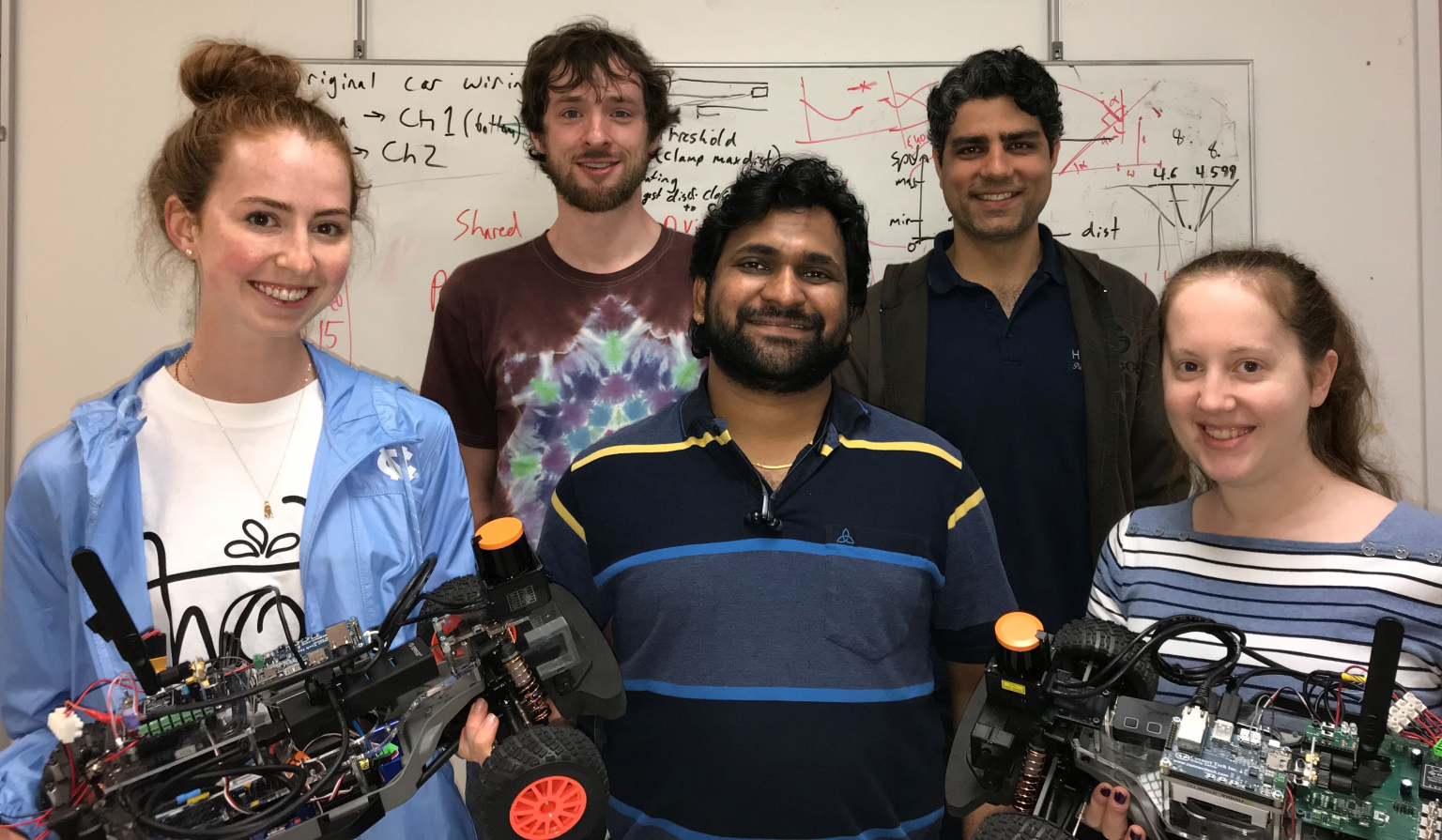 The F1TENTH competition requires students to design, build, and test an autonomous racer at one tenth the size of Formula 1 cars. Though small, the vehicles can reach speeds in excess of 40 miles per hour. All cars are built on the same physical platform, so the focus of the competition is the algorithms controlling the vehicles.

The cars performed time trials on a track around 150 feet long, attempting to complete as many laps as possible in the time allotted. The UNC team’s car completed its fastest lap more than a second faster than the second-fastest entry, all while avoiding any crashes during 11 minutes of time trials.

Watch a video of the winning time trial on YouTube.

The team celebrated a “victory lap” in Sitterson Hall on April 24, where their fellow students and faculty could see the autonomous racer in action and even race against it with another RC car.

To learn more about the winning algorithm and how the team completed the project despite being unable to make the car move just three weeks before the competition, you can read Otterness’s blog post.