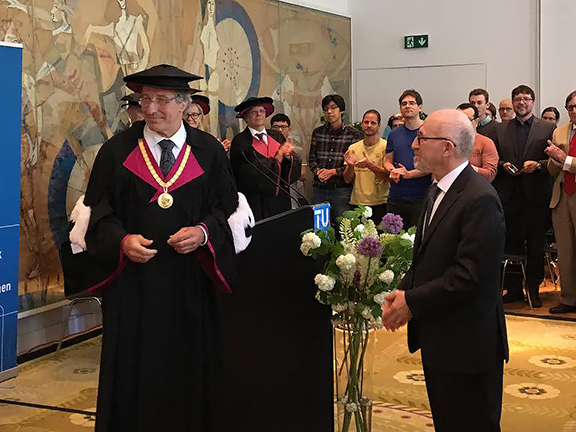 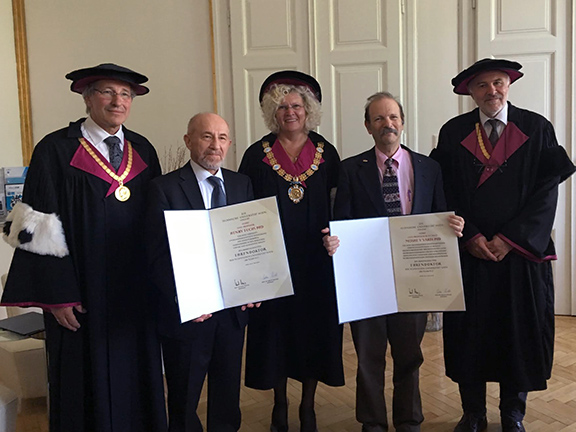 Federico Gil Distinguished Professor Henry Fuchs was awarded an honorary doctorate by TU Wien in Vienna, Austria on May 8.

Fuchs was recognized for his service to the scientific development of computer graphics, in particular in the fields of virtual and augmented reality. The degree was conferred by Sabine Seidler, rector of TU Wien.

TU Wien’s announcement described Fuchs as “one of the leading scientists in the field of virtual and augmented reality” and said that he “has been pioneering many of the necessary sub-technologies since the 1970s, years before there was even a name for the field.”

An announcement from the Faculty of Informatics at TU Wien can be read (in German) on their website.