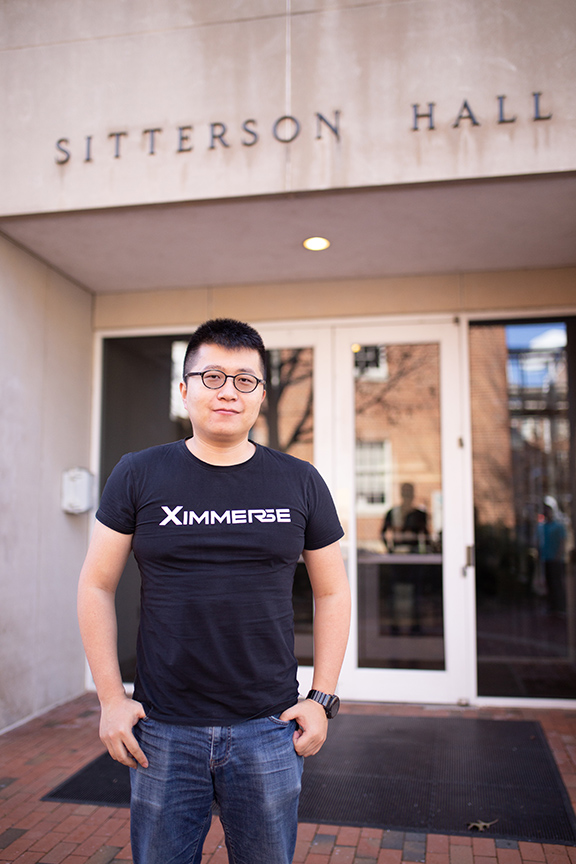 Augmented reality is changing the way people view, connect to, and interact with the world. At the forefront of this revolution is Jingwen Dai, co-founder and CTO at Ximmerse, a leader in the field of low-cost augmented reality technology.

Ximmerse, which is based in Hong Kong and was founded in 2015, has collaborated on augmented and virtual reality projects with Samsung, Qualcomm, Lenovo, Mira, HTC, Occipital, and other leading tech companies.

The biggest Ximmerse launch to date has been Star Wars: Jedi Challenges, a collaboration with Disney and Lenovo. The app, which is powered by Ximmerse technology, is a collection of augmented reality games that runs on a mobile phone and utilizes a Lenovo Mirage headset, a tracking beacon, and a lightsaber hilt controller. Users can engage in lightsaber duels with characters from the movie franchise and even duel a friend using separate Star Wars: Jedi Challenges hardware. The hardware can also be used to play a room-sized real-time strategy game or Holochess, a game that appears in multiple Star Wars movies.

Ximmerse is the turnkey solution provider for Star Wars: Jedi Challenges, contributing to the tracking algorithm, the software development kit, and even the hardware. The collaboration began when Mike Bailey, a co-founder of Ximmerse, connected with a Disney team looking to combine augmented reality with Disney’s intellectual property. It took five months to go from contract to proof of concept. The app and hardware were named Most Innovative Tech of 2017 by Tom’s Guide and won the Augmented World Expo (AWE) “Auggie” Award for Best Game or Toy in 2018.

Dai, who has a background in computer vision, human-computer interaction, and augmented and virtual reality, was attracted to augmented reality because of the way it bridges the real and virtual worlds and its potential to make people’s lives more efficient and easier. Dai describes augmented reality as the next generation computing platform, poised to help us connect and interact in ways not previously possible.

Dai spent more than a year with the Department of Computer Science as a postdoctoral researcher, working with professor Henry Fuchs from 2012 to 2013. His work was part of the BeingThere International Research Centre for Tele-Presence and Tele-Collaboration, an $18 million research collaboration between UNC-Chapel Hill, Nanyang Technological University of Singapore, and ETH Zurich in Switzerland. After his work with the BeingThere Centre, Dai spent nearly two years at Lenovo in Hong Kong before co-founding Ximmerse.

Dai says he enjoys his work at Ximmerse and the flexibility that comes from working outside a big company. He looks forward to the future of augmented reality and the possibilities that come with the continuing evolution of mobile devices.