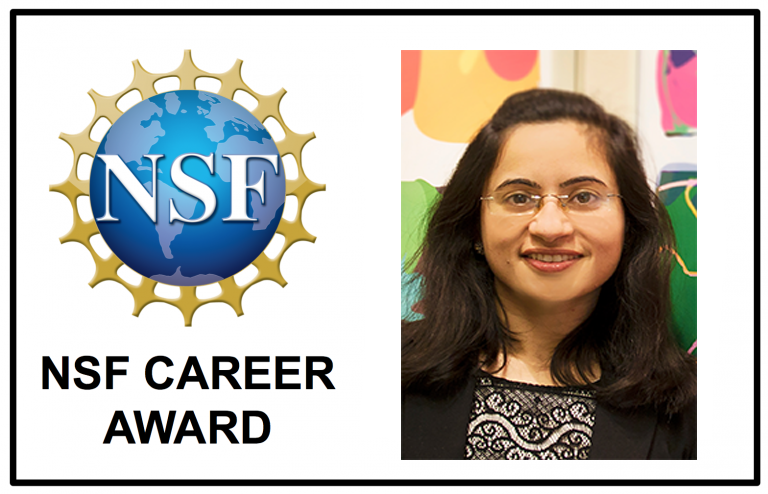 Snigdha Chaturvedi, assistant professor of computer science at UNC-Chapel Hill, has received a Faculty Early Career Development (CAREER) Award from the National Science Foundation (NSF). The CAREER program is a Foundation-wide activity that offers NSF’s most prestigious awards in support of junior faculty who exemplify the role of teacher-scholars through outstanding research, excellent education and the integration of education and research within the context of the mission of their organizations.

This five-year, $549,700 grant, titled “Harnessing Interpersonal Common Sense for Social Grounding in Natural Language Processing,” will support Chaturvedi’s continued research of natural language understanding under the context of the narrative and social aspects of language.

As part of this study, Chaturvedi will utilize natural language processing (NLP) systems to allow computers to develop common-sense knowledge characteristic of human social language. When interacting with other individuals, human behavior significantly depends on the relationship between the interactants. For example, when speaking to someone with a higher social status, people often exhibit language coordination by mimicking the linguistic style of the other speaker. Even children as young as 12 to 18 months old can adjust their behavior based on their company. Humans possess and employ interpersonal common sense: common-sense knowledge of the behavior acceptable in different interpersonal relationships, and use it in their day-to-day interactions. In contrast, computers lack this interpersonal common-sense knowledge.

The goal of this CAREER project is to instill interpersonal common-sense knowledge and reasoning capabilities in computers. To achieve this goal, the project develops resources that store interpersonal common-sense knowledge together with techniques to leverage them for designing computer systems that are more aware of social dynamics prevalent in the human world. The project involves interdisciplinary efforts by researchers and students from within and outside of Computer Science. It includes developing interdisciplinary courses and seminars for graduate and undergraduate students in computer science, linguistics, and psychology.

More details on this award can be found on the NSF website.

Chaturvedi joined the Department of Computer Science in 2019. Previously, she was an Assistant Professor at University of California, Santa Cruz (2018-2019) and a postdoctoral researcher in Professor Dan Roth’s group at the University of Pennsylvania and University of Illinois, Urbana-Champaign (2016-2018). She received her doctorate from the University of Maryland, College Park, advised by Professor Hal Daume III, and her Bachelor of Technology from the Indian Institute of Technology (IIT), Kanpur in India. She also worked at IBM-India Research Labs from 2009-2011.