photos courtesy of the Chapel Hill-Carrboro Chamber of Commerce

Chapel Hill is the quintessential Southern university town, home to a well-educated, multicultural population of 59,000. The area’s 700+ acres of parks and protected natural areas keep it from feeling like the urban center that it is. Despite being in the central part of the state, you can get from Chapel Hill to the beach or the mountains with just a three-hour drive.

The climate is comfortable for most of the year. Chapel Hill’s summers are warm and humid, but fall and spring are very comfortable, with temperatures typically ranging between 60 and 80 degrees Fahrenheit. The winters are fairly mild, but Chapel Hill gets snow once or twice each winter.

Chapel Hill makes up one vertex of North Carolina’s Triangle region, which is named for the Research Triangle Park, a large complex of research and research-oriented manufacturing and laboratory facilities. The other vertices of the Triangle are Durham, home to Duke University, and Raleigh, home to North Carolina State University and the state capital.

“Picture a college town, and you’re likely to conjure up a vision of Chapel Hill. The leafy campus, dating back to 1793, forms the heart of a vibrant downtown. The city draws a racially diverse, well-educated crowd of all ages (three-quarters of the population have a college degree or higher). Superb education is also a key draw for relocating families–80% of high schoolers participate in AP-level classes.

As part of the Research Triangle, along with Raleigh and Durham, Chapel Hill is in a prime place for jobs in technology, healthcare, life sciences and other white-collar fields, and it’s an easy commute to the other two cities. In Chapel Hill, you can leave your car at home, its widespread bus system is free of charge.”

Read more about the town from The Guardian and UNC.edu. 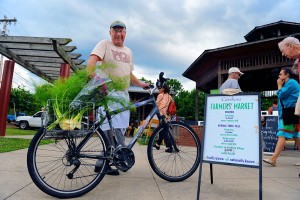 photo courtesy of the Chapel Hill-Carrboro Chamber of Commerce

Bordering Chapel Hill to the west is Carrboro, a town of only 20,000 with a reputation as one of the most progressive communities in the Southern United States. Each year it hosts the Carrboro Music Festival and the Carrboro Film Festival, which feature local artists. Carrboro is within walking distance of downtown Chapel Hill, and the towns share bus lines and a school system. As of 2009, Chapel Hill-Carrboro public schools ranked #1 in North Carolina in terms of graduation rate, test scores, and percentage of college-bound seniors. Carrboro’s Main Street area contains many popular shops, restaurants, and other attractions, including Weaver Street Market, a community-owned natural foods grocery store, and the Cat’s Cradle, a live music venue with a capacity of 750 that hosts both established and up-and-coming bands.

Many of our faculty, staff, and students live in nearby Durham. Despite being a larger city, Durham has a similar multicultural ambiance, hosting the Full Frame Documentary Film Festival annually and the MoogFest music, art, and technology festival in 2016 and 2017. It is frequently recognized nationally for its music scene and restaurants, many of which are located in its historic downtown warehouse district. Also downtown are the Durham Performing Arts Center (DPAC), which hosts broadway and music productions, as well as Durham Bulls Athletic Park, home to the famous minor league baseball team the Durham Bulls.

Some of Durham’s accolades:

More Durham accolades can be found on the Durham Convention & Visitors Bureau website. 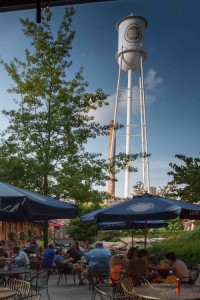 photo courtesy of the Durham Chamber of Commerce 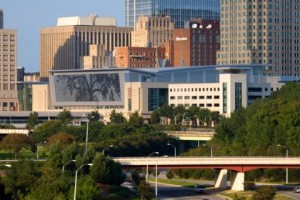 photos courtesy of the Greater Raleigh Convention and Visitors Bureau

Raleigh is a short drive from Chapel Hill along Interstate 40. Raleigh is the state capital and the second-largest city in North Carolina. The city hosts several large indoor and outdoor music venues and theaters as well as the Carolina Hurricanes, a professional ice hockey team that won the Stanley Cup in 2006. Raleigh and its suburbs, including Apex, Cary, and Garner, are home to multiple tech companies that have earned a spot in Fortune’s annual 100 Best Companies and 50 Best Workplaces for Camaraderie lists.

Some of Raleigh’s accolades:

UNC-Chapel Hill is located only eight miles from Duke University in Durham and 25 miles from North Carolina State University in Raleigh. These three cities make up North Carolina’s Research Triangle. The close proximity of the universities allows for frequent collaborative opportunities between schools. Since the 1960s, the schools have been sharing resources to purchase and develop technology infrastructure and bring technology companies and research labs to the Research Triangle Park (RTP). Offices and labs inside the RTP focus on research and development, rather than production. Companies inside the RTP frequently recruit UNC students into technology internships and jobs. The RTP Wikipedia page maintains a list of companies located inside the research park.